Matt Furse is the pastor of the Mountainview Baptist Church, in Custer, South Dakota. Matt is the son of a former pastor, and he himself, has been serving as a pastor for over 25 years. Although the subject of “Israel” and “end time events” are both very important issues to Pastor Furse, nothing is as important as his top priorities to both his immediate family, and his church family. Visit the church’s website to see what he really spends most of his time doing! Matt has also recorded a professional music CD. {Click on the CD cover to learn more about it.}

Introduction to the book— “Which One is Right?  ~ by Pastor Matt Furse

WHY is the King James Bible important to me? That is a subject too exhaustive for this book to cover, but let me just say that my attitude towards the ‘Word’ affects my attitude towards the ‘Word’!  Both the written Word, and the living Word, are the same.  When One is altered, the other One is altered, as well. Consider the following synonyms of the “Word” and “His Word”:

Thus, with the understanding that the Word of God is our Final Authority, let us proceed.

A few decades ago, I was a young pastor, with a desire to “spread the word” about our new church’s existence. The internet was becoming a useful tool for just such a church, and I thought to take advantage of the online exposure. While filling out an online questionnaire for a certain, “independent Baptist, online church directory”— I came across this question— “Do you believe in the Pre-tribulational Rapture of church age saints?”  Having already been solidly convinced that the King James Bible was/is the Final Authority for English speaking peoples, and having also been influenced by the sound, Biblical teaching of my own pastor, Dr. H. Wayne Williams, I had learned to reject the current, popular position of a “Pre-Tribulational Rapture”.  So, here is how I answered this online questionnaire— “I cannot be both King James only and pre-tribulation in my eschatology, all at the same time. Therefore, since the King James Bible trumps all man-made systematic theology, I must answer, ‘No. I do not believe in a ‘pre-tribulational rapture of church age saints’.”  Apparently, the moderator of this online directory did not notice my answer until many years later, and so, for several years our church remained listed in their directory—with their A+ rating, to boot!  However, just a few years ago they finally removed our church from their online directory, without any comment or explanation given to us. 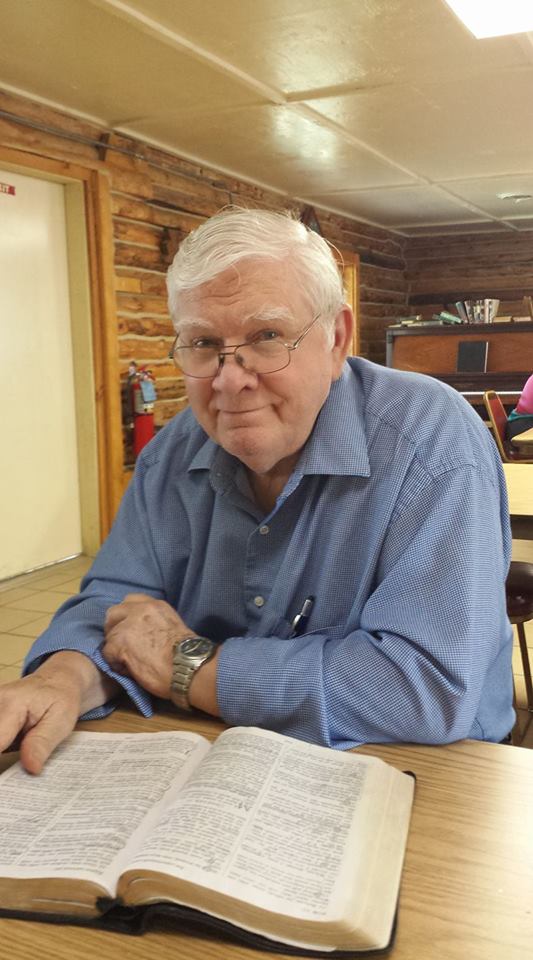 My former pastor, Dr. H. Wayne Williams, had warned me that I would face conflict from other “independent Baptists”, if I were to make my position on eschatology public. But, I really couldn’t imagine what he meant, as I sincerely thought, that— once honest, Bible believing pastors were made aware of what the King James Bible actually says— versus what Pre-Trib Rapture Eschatology teaches— they too, would come to see the obvious.  Instead, what has become obvious, is that “old dogs do not like to learn new tricks”—even if what they first learned, can be Scripturally proven to be incorrect!

I assume that a big part of the problem is that the mainline Bible colleges and seminaries will not espouse any other position, than that which has been taught, published, packaged, and sold for the last several decades. No Bible college wants to go against political correctness within their own circles of student recruits and financial supporters. Therefore, since these Bible colleges will not explore any other position than pre-tribulation eschatology, or, to even conduct an open debate on the subject, the vast majority of pastors and laymen who tend to be intimidated by these “schools of higher learning” will not dare to question any other position than their “official” pre-tribulation theory.

However, I read my Bible—every day. I believe what It says, more than what a Bible college professor says. I also believe that the Author of the Word of God is to be feared above any college, seminary, professor, author, or popular pastor. On judgment day, I will not stand before any human being or human institution, but I will stand before my Creator and Redeemer.  Thus, I can do nothing else than proclaim what His Word says!

This book lists the names and quotations of pastors and preachers, many of whom would never dare to publicly doubt the King James Bible. Other popular “evangelical” leaders (not necessarily loyal to the KJV, yet, supposedly loyal to “the Bible”), are also cited. It is not my intention to smear the reputations of these men, but rather, to awaken you, the reader, to the seriousness of this issue— that the Bible, Itself, is being ignored and edited!

Just over 100 years ago, Bible believers did not “separate” over Eschatology— yet, today the attitude within most of the “IFB, KJV-only, Pre-Trib” circles can be summed up by quoting one of their well-known authors:

“I can’t speak for others, but I have never had a ministry relationship with a preacher who denies the Pre-tribulation Rapture, and I have no intention of having such a relationship today. I don’t consider such preachers unsaved, just because of their views on prophecy, but I consider this a very important doctrine, and if a man does not hold to it, I will not preach at his church, I will not preach together with him in a conference, I will not participate in the ordination of such a man, I will not allow such a man to preach in our church, and I will not recommend that anyone join his church…”   (this source is noted in the book) 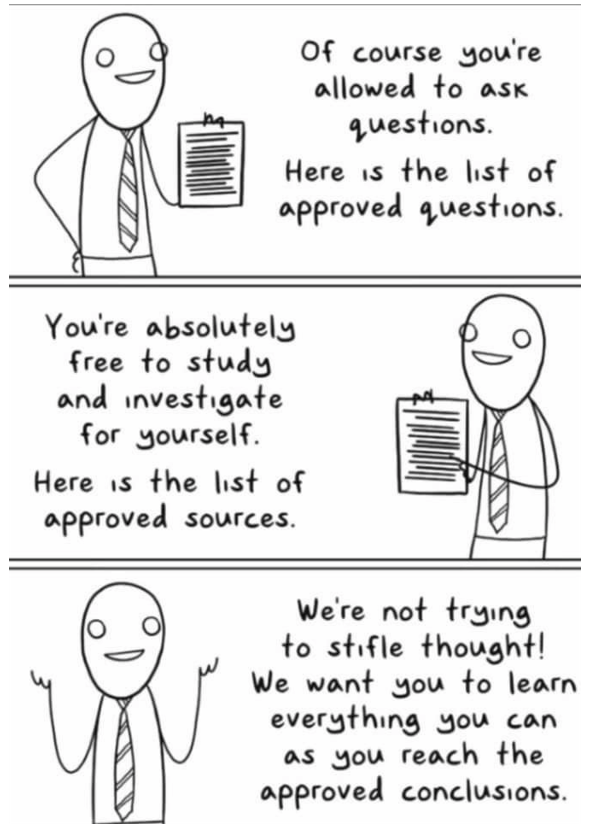 When it comes to Eschatology, there has been a censorship of thought in the last 100 years – which causes one to wonder, “Why?”

Truth is not afraid of an examination… So, why  the closed-minded approach to Eschatology, in these latter days?

More importantly, why does *Pre-Trib Theology require editing the Word of God???

* If you don’t believe that Pre-Tribbers (including “KJV-only” Pre-Tribbers) have edited the Scriptures—  You need to READ this Book!!!

Sadly, as a result of the Pre-Trib doctrine, most of today’s “Bible-believing” Christians (especially in the English speaking world) have become extremely lethargic, assuming that “the Great Tribulation” cannot happen until they are “raptured” away, first.  I believe that what we have seen in our world in the last 100 years, is partly the result of this mindset—in the churches. Instead of serious, sober-minded Believers, we have produced “flabby” Christians— who just assume that one day, soon, we’ll all be “zapped” out of here, before it gets too serious… (i.e. “Beam me up, Scotty”!)  Of course, those who’ve been around a while are starting to wonder just how much more serious it has to get! Today’s older generation has seen such a drastic change in their lifetime, that they are beginning to question the Pre-Tribulation Rapture doctrine. When I first introduced my understanding of the End Times = a “Post-Trib, Pre-Wrath Rapture”, the seasoned Christians in my church were stunned… They had never heard such a claim before. However, over the last two decades of studying and comparing Scripture with Scripture, they are convinced— and, not just from me, but the from the

Yet, outside of our local church, I’ve been marked as a “heretic”, etc., etc., and my church has been removed from church directories and fellowships— not because we don’t preach the gospel and win souls to Christ— But, for simply not adhering to the “approved” Eschatology of others. My long-distance critics have not given me the beneift of the doubt, nor the opportunity to thoroughly explain my position, from the Scriptures.

This is the reason why this book is now in print— to publically explain WHY I CANNOT BELIEVE IN BOTH THE KING JAMES BIBLE AND THE PRE-TRIBULATION RAPTURE, all at the same time. For me, one of them had to go— and, if you’ll keep reading, you’ll understand why I’ve chosen to expel the latter.

*NOTE: This book is not a thorough explanation of my position of the Post-Trib, Pre-Wrath Return of Christ, rather, this book is a thorough explanation as to why I cannot believe in a “Pre-Tribulation Rapture”. Hopefully, Lord willing, a separate book will soon be written, explaining in greater detail my understanding of End Time events, as found in The Revelation of Jesus Christ — along with its connections to the rest of Scripture.

Some will find it offensive that I chose to “name names” in this book. I had no choice. Typically, the average person in our independent Baptist circles lazily reasons to himself, thus— “I know that Dr. Smith uses only the KJV, and, since Dr. Smith is also Pre-Trib, therefore, he must be correct about Pre-Trib, too.”  In the following pages, I have chosen to publicly name some otherwise good men for no other reason than to motivate you, the reader, to wake up and compare what the KJV Bible actually says— with what your trusted, human sources have been saying.

However, I’ve also tried to NOT be overly-critical of men who are currently pastoring others within their local church— Because, I have no intention to hurt otherwise good shepherds, nor, any of God’s sheep. Thus, I recognize that “performing surgery” on this false doctrine that has been taught for so long, is a delicate situation. I hope that you will believe me when I say— “I truly desire that ALL of the leaders and authors whom I have exposed in this book, will repent of their false doctrine!”

“…our Lord was not content with making positive statements only; He made negative ones also. He was not content with just stating His doctrine. He also criticized other doctrines. I am emphasizing that again in passing because, as I have pointed out repeatedly in dealing with this Sermon [the Sermon the Mount], for some extraordinary reason a peculiar flabbiness – intellectual and moral – seems to have entered into many people, Evangelicals included. Many, alas, seem to object in these days to negative teaching. `Let us have positive teaching’, they say. `You need not criticize other views.’  But our Lord definitely did criticize the teaching of the Pharisees and scribes. He exposed and denounced it frequently. And it is essential, of course, that we should do the same.”[1]  ~ David Martyn Lloyd-Jones